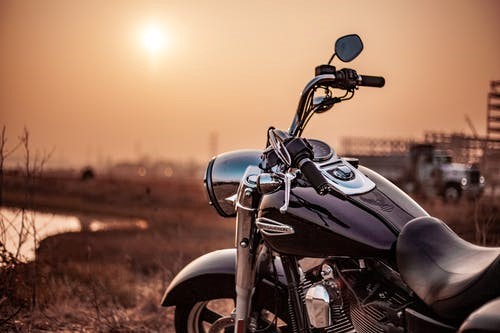 Usually the reason most people buy OEM motorcycle parts instead of aftermarkets is that they want to make sure they get the original product for their motorcycle. But when you are looking for motorcycle parts, if you see an OEM part that is way too cheap you may want to get suspicious that the product is a fake. And the thing that may surprise you as these fake motorcycle parts sometimes make their way to stores without the store owner even knowing. There have been many reports where not only store owners, but even inspectors could not tell the difference between the original motorcycle part and the fake.

Can you tell if OEM motorcycle parts are fake?

Unfortunately there is really no way of knowing for sure if a motorcycle part is fake or not. I mean some motorcycle parts may be very obvious. But as I said above, even inspectors who are trained to identify fakes from originals have a hard time telling the difference between an original and a fake motorcycle part. In some case even they cannot tell the difference by just looking. The packaging is identical to the original. They even have all the holograms and barcodes and everything. Even the product itself looks identical. So it is no surprise that the random customer cannot tell the difference and can be easily deceived.

How can you tell if the product is fake?

I know of a case where an inspector noticed that some OEM motorcycle oil filters are significantly cheaper than the market price for the genuine oil filters. He became suspicious as to why they were so much cheaper. He could not tell that the OEM parts are fake at first. But when he cut them open he noticed that the filtering paper used in these parts were a small fraction of the amount of filtering paper that should be used. On top of that they had totally cut out the bypass valve. So how do you know if a motorcycle part is genuine or fake? I guess there’s really no way for the average consumer to know for sure. So my best advice would be to only buy from reputable sources. Also buying online is usually more risky than buying from a reputable store. So keep two things in mind; if you see that a motorcycle part is too cheap you may want to think again, and always try to shop from a source that you can trust.